Take part in the 2016 Banquet of Champions Live Auction! We’ve got some great items that you will definitely want to bid on!

Winner will be invited on stage while Doug personalizes the football, then have their photo taken with Doug.

A once-in-a-lifetime opportunity to meet Doug, who set a career high last season with 78 receptions for 1,069 yards and a club record 14 touchdowns.

Full access to the Delta Sky 360 Indoor Club concessions and bar, along with covered seating. VIP Parking Pass (based on availability), and Sounders scarves. Select a game on the remaining 2016 schedule.

Tickets courtesy of Cliff McCrath, former head soccer coach at Seattle Pacific University and a member of the State of Washington Sports Hall of Fame.

Groundskeeper for a Day at Safeco Field 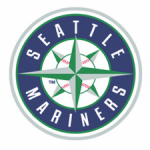 Join the Mariners grounds crew for one day to help set up batting practice, pre-game preparation, drag the 3rd and 6th innings and take the bases in after the game. A must for any baseball nut!

Includes two box seat tickets to the game. The designated month for this item is August 2016. Guest Groundskeeper must be 16 years or older-no exceptions.

Depending on who wins the All Star Game, you could be sitting in Safeco Field or at Wrigley Field. 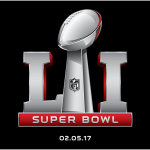 You may not know who is going to play for a while but book your flight and lodging now, sit back and relax and know you will be there for the big game.

Proceeds from this auction will benefit the Special Olympics programs at Joint Base Lewis-McChord as well as enhance the website databases of the Shanaman Sports Museum and the State of Washington Sports Hall of Fame.

These databases include vintage photos of individuals, sporting events, artifacts, programs and biographical profiles of the Hall of Fame members.